An evocative statue of a bleeding young boy is the starting point for year 9 students to explore storytelling, poetry and playwriting through drama and wordplay.

York Art Gallery houses European paintings spanning more than 600 years and works range from 14th century Italian panels and 17th century Dutch masterpieces to Victorian narrative paintings and 20th century works by LS Lowry and David Hockney. The gallery’s collection of British studio ceramics in its Centre of Ceramic Art is one of the most important in the UK, containing more than 5,500 objects. The gallery was winner of the Family Friendly Museum Award in 2016.

Poet Antony Dunn worked with the gallery and year 9 students from The Joseph Rowntree School in York. An evocative and enigmatic contemporary statue of a bleeding young boy from the exhibition Flesh, was selected as the stimulus for the development of an ambitious play script. Antony skilfully built up the students’ confidence in creative writing through a series of manageable steps, including fun descriptions of classmates and descriptive poems using the five senses, one line at a time. The students then explored narratives that may have been relevant to the character, engaging in drama games, role play, and using different voices to tell the stories.

The students’ writings coalesced into a piece of drama that was performed in the gallery in front of the artwork. An emotional, personal, yet collective response to an encounter with an artwork.

A Picture Speaks a Thousand Words

Activities to support a class project around a single artwork. Starting with fun descriptions of classmates and descriptive poems using the five senses, a series of workshops build up students' confidence so they can script a play.

Explore activity Right-click and select 'Save link as...' to download the PDF

Want to explore a creative approach to literacy?

Explore more ideas in the resources 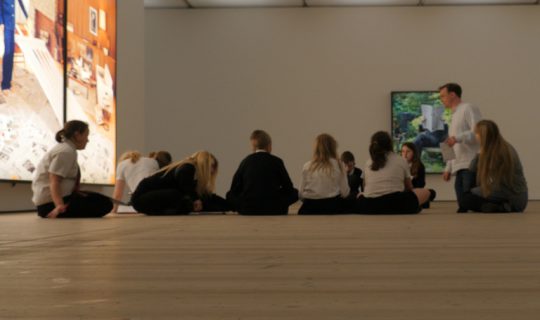 A major exhibition is the stimulus for bookmaking, guided writing, printing and random poetry, and an alternative audio guide for the venue is voiced by year 7 students.

A historic painting acts as the visual stimulus to help secondary pupils develop confidence in meeting the challenges of the new English GCSE. 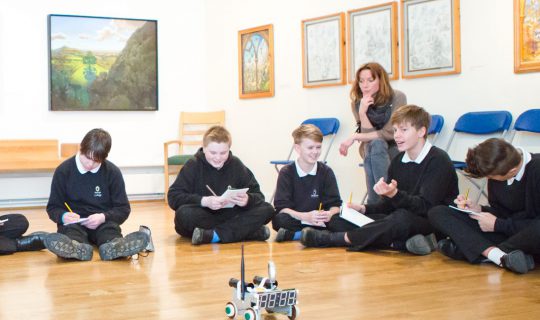 A collection of automata encourages year 7 boys to explore the theme of a dystopian future and write their own science fiction book.